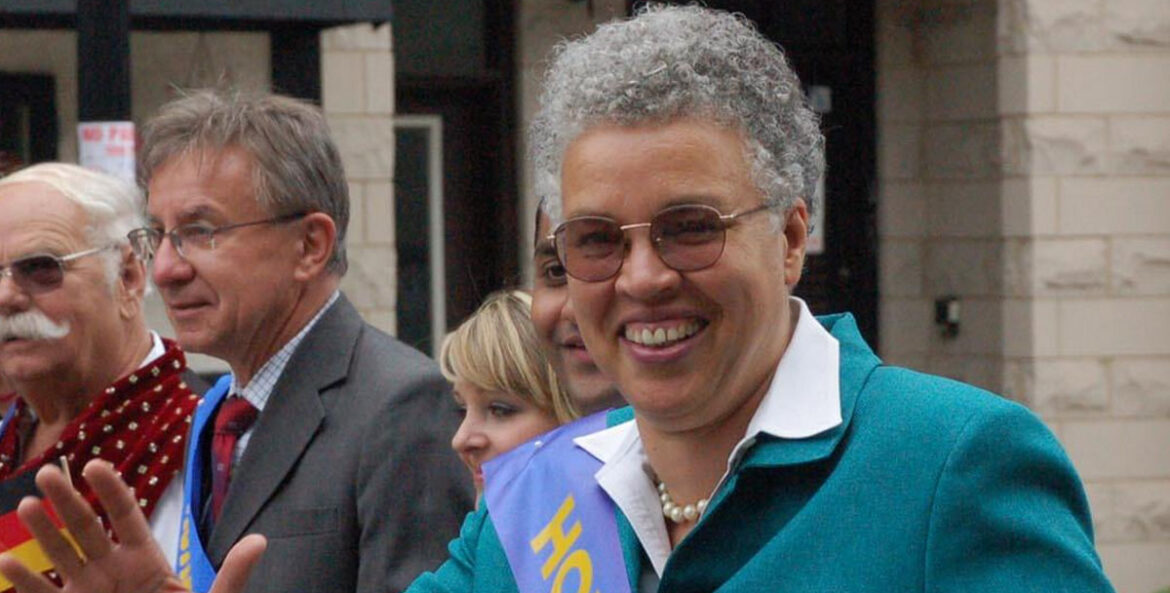 Cook County Board President Toni Preckwinkle won re-election to serve another two-year term as chair of the Democratic Party by unanimous vote. The party’s annual convention to elect officers was held virtually April 15.

In the March primary election, the party’s diverse slate of candidates won 71 percent of their respective races. In two of the most hotly contested races, Cook County State’s Attorney Kim Foxx won her race for re-election against three other candidates and P. Scott Neville Jr. defeated six candidates for Supreme Court. Neville was appointed to the Supreme Court following the retirement of Justice Charles Freeman, the first African American elected to sit on the bench.

The success of the recent election is the reason suburban vice-chair Don Harmon gave for supporting Preckwinkle’s continuation as chair.

“Finally, under President Preckwinkle’s leadership we win. We win more difficult races than we have in the past and we won them smarter,” said Harmon.

“In my community, we’re very respectful that our chairperson has sought to put people in office that are very well qualified, but with a specific eye to diversity and inclusion,” emphasized Rodriguez.

Preckwinkle thanked the committeepeople for all their good work and reminded them there was more work ahead.

“We’ve got to win big for Joe Biden and the Fair Tax. This is going to be a devastating time for local units of government and for our state and we’re really going to need the resources the Fair Tax will provide,” said Preckwinkle, who earlier Harmon called a committed progressive and honest pragmatist.

The 80 person central committee also elected the slate of new officers Preckwinkle submitted. The only contested office was for secretary. The treasurer and 30th Ward committeeperson Ariel Reboyras ran against Tracy Katz Muhl of Northfield Township. After a roll call vote, the final tally was 699,056 for Katz Muhl, 227,297 for Reboyras and 21,098 abstained.

The party’s new officers for the next two years are:

The party voted unanimously to support Joe Biden for President of the United States.