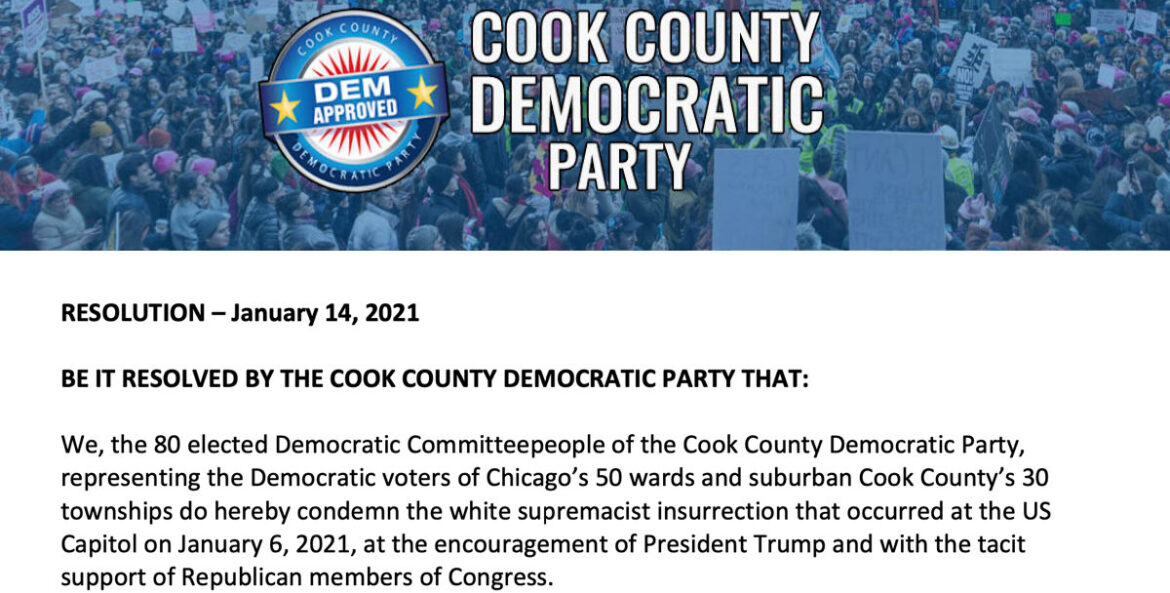 One resolution condemns the violence that occurred at the United States Capitol on January 6 at the encouragement of President Trump, as well as the 147 Republican members of Congress who voted against certification of the election results declaring Biden the winner. It supports the impeachment and removal of President Trump. The resolution also condemns Congresswoman Mary Miller for her comments about Adolf Hitler, and FOP Lodge 7 President John Cantanzara for his remarks defending the Capitol violence on January 6. It calls for both of their resignations.

The Party also passed a resolution urging Congress to support $2000 direct payment stimulus checks for Americans who are reeling from the effects of the pandemic and economic downturn.

Full text of the resolutions is available here: