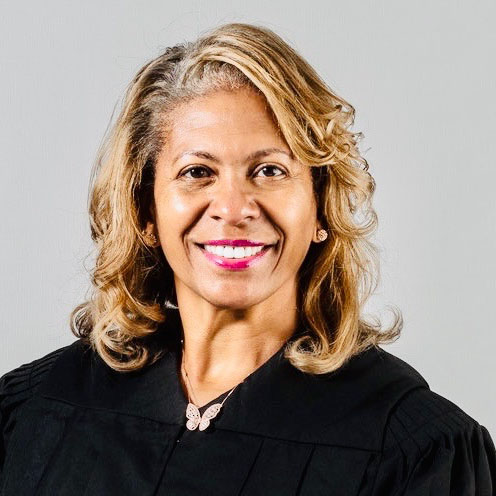 Judge Porter has a 28-year distinguished career as a Lawyer, Professor of Law, and now as a Judge. Immediately prior to her appointment, Judge Porter practiced law in her own firm Tracie R. Porter, P.C. In her law practice, she represented clients in both transactional and litigation in matters involving business contracts, residential and commercial real estate, estate planning, probate, entertainment law and fashion law. Judge Porter received her licenses to practice law in both Illinois and New York.

Judge Porter has been a leader in the legal community for organizations at the international, national and local levels. Some of her current and former leadership roles include: American Bar Association (ABA), International Law and Real Property & Probate Sections; National Bar Association (NBA), National Chair for Education Initiative, School-To-Prison Pipeline and Voter Rights; Cook County Bar Association (CCBA), Real Estate Law Committee Chair and Lawyers in the Community Committee Member, Recipient of CCBA’s Presidential and Meritorious Service Awards; Chicago Bar Association (CBA), Law at the Library Series and Young Lawyer’s Division; and Black Women Lawyers’ Association of Greater Chicago (BWLA) as a former Member of the Board of Directors. Judge Porter has been a presenter and lecturer in the legal community both domestically and abroad, including the distinguished honor of being invited as a speaker sponsored by the British Consulate of Los Angeles for the Magna Carta, 800th Year conference in London, England.

Judge Porter earned her status as a Tenured Professor of Law. She taught at law schools domestically and internationally. Judge Porter is a legal scholar who has written law review articles on topics covering the mortgage crisis of 2007, the school-to-prison pipeline, voter rights, and mortgage short sales. Judge Porter’s mortgage short sales article, entitled, The Quagmire of Mortgage Short Sale Transactions Under Current Homeownership Tax Policy in a Time of Crisis, was published in the well-respected Akron Law Review and has been cited in an Illinois Third Appellate decision. Judge Porter currently teaches as an Adjunct Professor of Law at her alma mater Drake University Law School.

Judge Porter has served as a board member and volunteer for not-for-profit organizations that serve their communities in the areas of cancer support, environmental sustainability and tree planting, support for residents of Chicago’s Bronzeville community, and preparing high school/college students for entrance into professional sports. Judge Porter is also a member of Delta Sigma Theta Sorority Incorporated, a sisterhood devoted to public service to communities throughout the world.

Judge Tracie Porter has given her time, talent and treasures to her community of family and friends. Judge Porter has a passion for bringing people from all walks of life together in comradery and in a shared sense of purpose. Her like-minded circle of family and friends share in a common sense of kinship and humanity so that their united efforts impact lives and change communities.