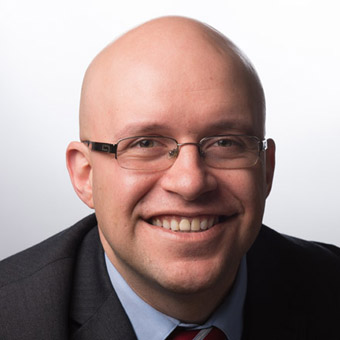 Michael D. Rodríguez is Alderman of the 22nd Ward, City of Chicago. He has years of experience as a community organizer, non-profit leader and youth mentor. He is a leader who has gained the trust of voters throughout the 22nd Ward and leaders throughout the country. Mr. Rodríguez is also the elected Democratic Committeeman of the 22nd Ward, and was elected by his peers as Executive Vice Chairman of the Cook County Democratic Party, the youngest person to ever serve in this leadership role, and accepted the position with the goal of representing progressive interests at the party level. He currently serves as President of the 22nd Ward Independent Political Organization, Chair of the Board of the Juvenile Justice Institute, the Board of Neighborhood Housing Services (NHS) and on the advisory board of Second Federal Self-Help Credit Union. Mr. Rodríguez was most recently the Executive Officer of the Cook County Medical Examiner’s Office where he coordinated legislation, budget, and human resources for an office that examines 6,000 individuals who die annually in Cook County due to criminal violence, suicide, overdoses and other cases as defined by County ordinance. Before serving Cook County residents, Mr. Rodríguez was Executive Director of Enlace Chicago. During his tenure, Enlace’s budget doubled to $5.2 million with a staff of over 200. Also during his tenure, Enlace was the recipient of the Neighborhood Strategy of the Year in 2012 for its comprehensive community based violence prevention efforts and the Community Plan of the Year in 2015 for their Little Village Quality of Life Plan. Mike is proud to have been a community organizer at the Little Village hunger strike in 2001, which resulted in the construction of the Little Village Lawndale High School, where Enlace to this day remains the principal school community partner. Mr. Rodríguez completed a Master of Arts from the University of Chicago, School of Social Service Administration, where he was the recipient of the McCormick-Tribune Fellowship for leadership in Community Organizing, Planning and Development. He earned a BA in Marketing with a minor in Latin American Studies from DePaul University and has earned an Executive Leadership certification from the University of Notre Dame. Mr. Rodriguez was a 2018 fellow with the Civic Leadership Academy, a 2012 fellow with Leadership Greater Chicago and was a W.K. Kellogg Foundation Community Leadership Network, National Fellow, focusing on addressing issues of racial equity and improving the lives of vulnerable children in the United States. He also served as Vice President of the National Council of La Raza, Affiliate Council (now Unidos US) and as a Gubernatorial appointee to the Illinois Juvenile Justice Commission. Mr. Rodriguez has received various honors including the Elizabeth Butler Distinguished Alumni Award from the University of Chicago, SSA and the Community Impact Award from Neighborhood Housing Services. President Barack Obama named Mr. Rodríguez, one of 12 national ‘Champions of Change’ in Youth Violence Prevention in 2012. Mr. Rodríguez is a lifelong resident of Chicago's Little Village community, where he lives with his wife Jacqueline, their children Sophia and Diego, and their Polish Lowland Sheepdog, Kahlo.